Have been some exciting days working for the start of Zambian Kids Clubs. One thing that makes working in Zambia easy compared to Tanzania is that the language barriers are low as people in general are good at English including even the kids. We have now had some interesting dinners during evening time as it seems like my supervisor Erkki has the mission of trying to get free deserts at every restaurant we go to. So far he has managed at two of the restaurants but I somehow always feel a bit with the waiters and get a bit uncomfortable. They have quite many of the South African restaurants here which mean that food has been good. However this morning at the hotel I got smelly, bad tasting bacon that disturbed my morning as that ugly taste did not want to leave my mouth and felt a bit bläääh.
Posted by Marcus Duveskog at 21:49 No comments: 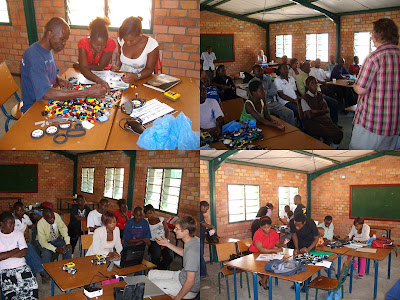 Robotics and the concepts of technology club for kids are introduced to tutors for orpans and orphan kids. Here my experiences of running technology club in South Africa comes in handy. Took of in the morning to get a bus ticket to Iringa for Friday but the bus I wanted to take was no longer operating that route and others did not look good and did not travel on Friday so ended up bying a flight ticket to Dar instead from where I will take a bus. But that at least gives me a chance to meet up with some friends and gives me a somehow more comfortable trip
Posted by Marcus Duveskog at 19:08 No comments: 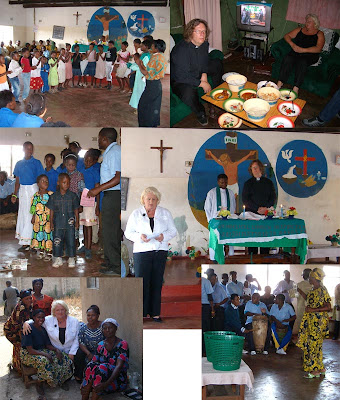 Woke up early my first morning in Zambia and decided to go for a run. Hotel is a bit out of town and was not sure of directions but as I ran I saw some higher buildings and thought it was city centre so aimed for that. Reached there eventually but it was a bit further than expected so decided to take a taxi back to the hotel.
Had breakfast and then it was of to church as Erkki was preaching. Interesting was that there was 5 choirs and they all wanted to to get x number of songs, another interesting thing was that there was 7 chances for giving collect and each choir sang for money in a way that appeared almost as a competition between the choirs some of them was however very good. At some point I also had to introduce myself to the congregation and say a few words but it was ok as I kept it short :-)4 hours later and a big portion of träsmak in my butt the ceremon was over and everyone shaked everyones hand, so I shaked about 300 hands before getting invited to the compulsory lunch with the vice bishop.
Directly after getting back to the hotel we did planning for the workshop that we will have starting tomorrow. A crazy schedule were I will have to give a couple of lectures per day... Let's see how that will go...
Some shopping and a dinner later the day has finally come to an end and I am a bit exhausted, believe I will have some interesting and tiresome days before heading for Tanzania (probably on friday).
Posted by Marcus Duveskog at 21:35 3 comments: 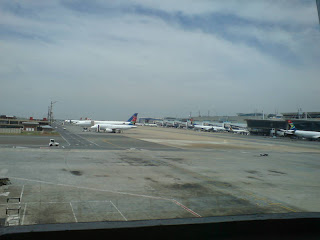 Leaving for Zambia and Lusaka soon. From there adventure continues to Tanzania and Iringa.
Posted by Marcus Duveskog at 10:10 1 comment:

Posted by Marcus Duveskog at 18:12 No comments:

Pool next to the ocean 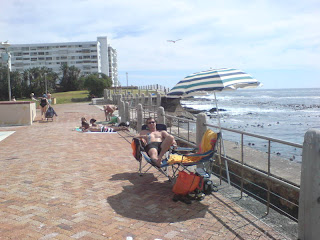 Yes ocean still too cold to swim in as mostly cold atlantic water.
Posted by Marcus Duveskog at 15:07 No comments: 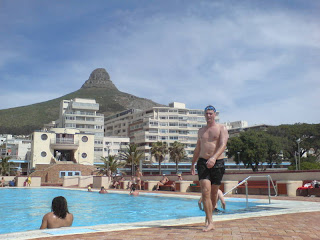 First swim since arriving in South Africa and that just before leaving. 1000m was a good exercise but a bit exhausting.
Posted by Marcus Duveskog at 15:03 No comments:

Morning walk with the cats 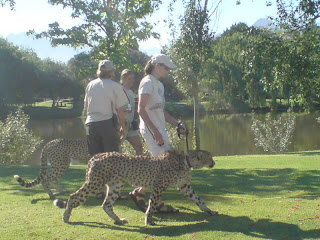 Stopped at a farm for breakfast and could see some people walking with their pets. Got a bit surpriced as they got closer...
Posted by Marcus Duveskog at 09:02 No comments: 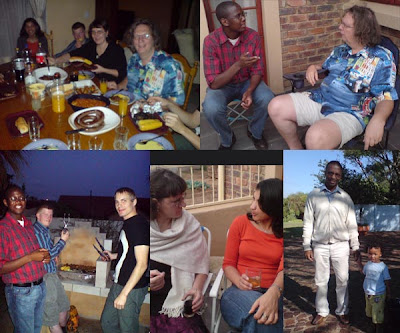 Half of Joensuu gathered up for a South African Braai at Thatos home in Pretoria. Was nice to meet also Päivi and Anton on South African soil. Lots of good food and some nice wrestling action with Anton :-)
Posted by Marcus Duveskog at 22:13 No comments: